Outnumbered and outgunned, but not outmatched. Welcome to Call of Duty®: Ghosts, an extraordinary step forward for one of the largest entertainment franchises of all-time. This new chapter in the Call of Duty® franchise features a fresh dynamic where players are on the side of a crippled nation fighting not for freedom, or liberty, but simply to survive.

Ten years after a devastating mass event, the nation’s borders and the balance of global power have been redrawn forever. As what’s left of the nation’s Special Operations forces, a mysterious group known only as “Ghosts” leads the fight back against a newly emerged, technologically-superior global power.

The resource-rich promise of South America has been fulfilled under the Federation. Fully consolidated energy production combined with a rich factory infrastructure arising from First World outsourcing, the Federation is operating and enjoying a period of growth similar to the late 20th Century Middle East. The average, compliant citizen enjoys a wealth of resources that most inhabitants of the former first world would envy. That said, the aggressive government and constant military spending make this region a dictatorship, not a democracy.

An independent, covert, and ultra-elite Special Forces unit, GHOSTS operates outside of the normal military chain of command. Formed from the remnants of Tier one operatives who were nearly wiped out during Operation Sand Viper in the Middle East, in 2005. The fifteen survivors, including Captain Gabriel Rorke and Lt. Elias Walker, were formed into a new unit known as “The Ghosts.”

The United States ushered in a new era of space-based warfare with the launch of the O.D.I.N. (Orbital Defense Initiative) space station. The ODIN station was armed with a battery of sophisticated kinetic projectile launchers. The ODIN’s weapon systems were designed to drop tungsten rods from orbit with pin-point precision. One rod hit was equivalent to the detonation of a small tactical nuclear warhead. 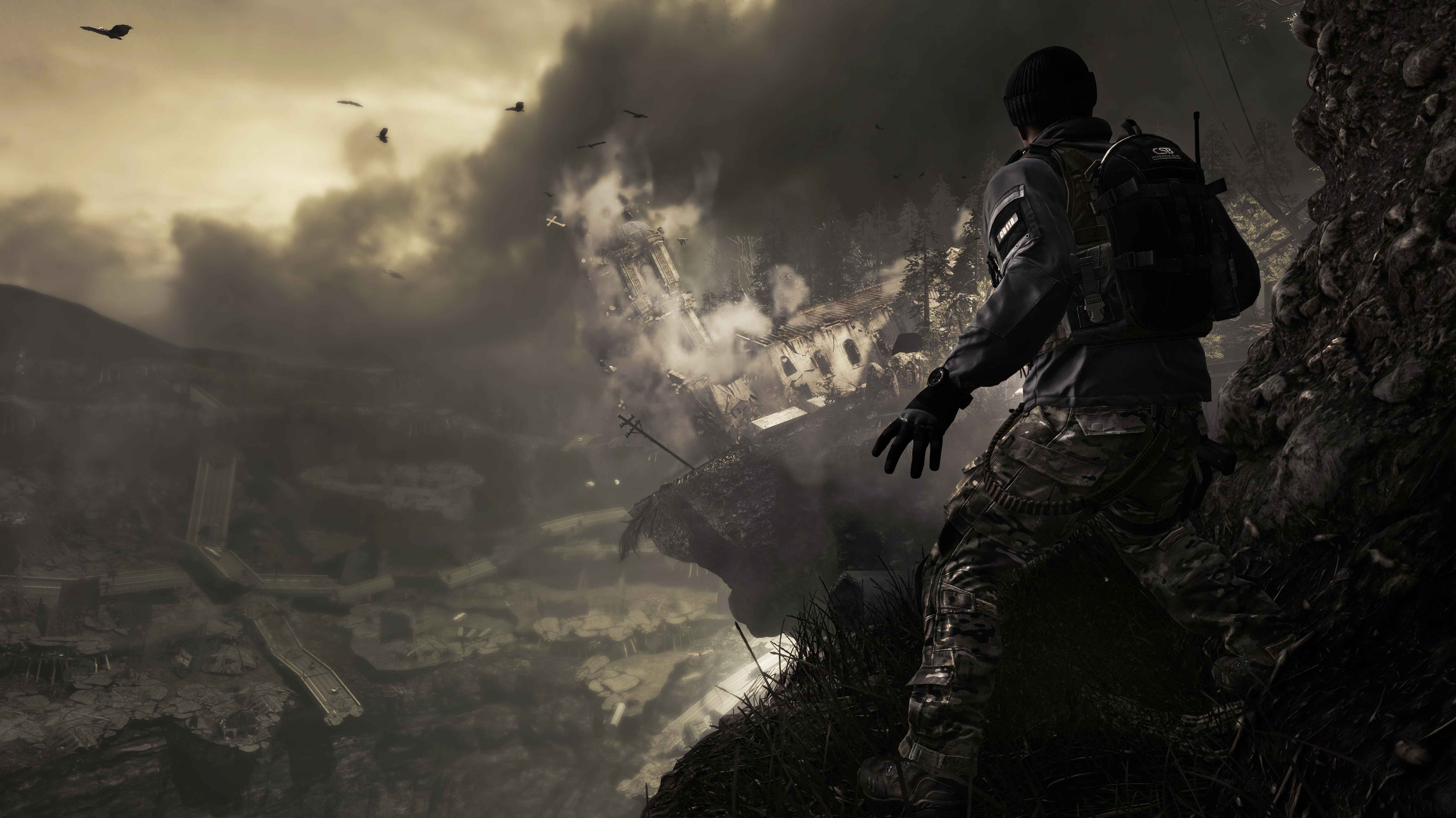 “No Man’s Land” (NML) is the slang term for a 60-mile wide strip of suburban desolation that runs East-West across Southern California, starting between San Diego and Los Angeles. NML stretches from the Orange County coastline out into the Mojave Desert to Las Vegas, and beyond…NML was ground zero for the ODIN orbital strikes when the Federation saboteurs used it against the US. The Odin kinetic bombardment left massive craters and rendered it tectonically unstable.

The NML wasteland is ideal terrain for covert operations. The Federation frequently sends units to infiltrate across NML and conduct raids or reconnaissance missions on the other side. The US considers NML as “too dangerous” for normal operations, though it is rumoured that elite units like The Ghosts operate deep within the area. The US FOB on the California front is located at Fort Santa Monica, on the northern edge of No Man’s Land. 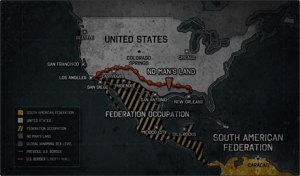 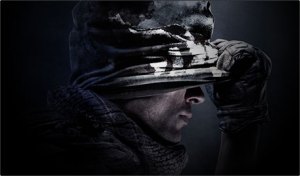 Hesh and Logan Walker trained their entire lives under the watchful and demanding eye of their battle hardened father, Elias Walker. Their innate abilities as marksman and hunters gave them a particular advantage growing up. Their father had hoped that these traits would help both of his sons maintain their self-reliance should things get rough. Ten years after the Odin event, Lt. they serve together on a recon team based out of Fort Santa Monica, tasked with defending and patrolling the California front. Both were grounded by Elias’ subtle training – core to which is that Hesh and his younger brother Logan must always look out for each other. 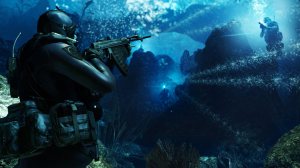 Warfare is no longer limited to the trenches. Fights take place underwater, in outer space and even on jagged rock faces. Diverse missions and battlefields have you rappelling down buildings, floating in zero gravity and taking aim inside a helicopter. The diversity of gameplay keeps the action epic and redefines what it means to be a soldier in the field.